*Almost 1,200 dolphins are dead from the shoreline of France’s Atlantic to Greece’s Aegean. The culprit is unmistakably that of Man’s insatiable greed and heinous lust for the destruction of Nature.

Since January, more than 1,100 dolphins, most with their fins cut off, have washed ashore onto France’s Atlantic coastline.

They drowned in the Bay of Biscay as bycatch within fishery nets. 90 percent of these beauties were amputees with broken jaws caused by being trapped in nets, struggling unsuccessfully for life. Subsidized trawlers relentlessly overfishing for hake and sea bass are quickly wiping the dolphins off the French map.

According to scientists from Archipelagos Institute of Marine Conservation, during the same period last year there were one or two dolphin fatalities compared to 15 fatalities from last month. Lifeless masterpieces were strewn across the eastern island of Samos and other parts of Greece’s Aegean shorelines.

Turkey’s Blue Homeland war games were the country’s largest ever. This brutality used sonar to detect submarines throughout the Aegean.

Military sonar deafens dolphins. A deaf dolphin is a dead dolphin. That Man-made vile sonar also shatters larvae throughout the plush mats of phytoplankton. No larvae. No life.

Orcas surrounding Scotland are brimming with PCBs, incapable of reproducing, sentenced to extinction.

Overfishing, heavy marine traffic with incessant noise pollution and Man-made poisons are plundering and polluting the seas and oceans. In addition, accelerating ocean acidity and de-oxygenation from burning climate-destroying subsidized fossil fuels and war games are destroying all of the European cetaceans (whales, dolphins, porpoises). This hideous biological annihilation is utter lunacy. 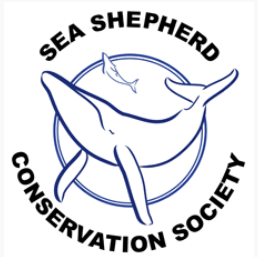 Please support the vital conservation work of Sea Shepherd because they are protecting our brethren, the cetaceans.

We must not go quietly into this ghastly impoverished future!