What if you woke up tomorrow and none of it made sense anymore?‘Why would an all-seeing and all-knowing god be vengeful?’ ‘Why revere a book that promotes misogyny, revenge, slavery and killing?’ ‘Am I a thinking person, or was I indoctrinated before I had a chance to make a choice?’ What if it all seems so remote and unbelievable that when someone brings it up, your brain has to click into gear: “Oh yeah! – I forgot that people still believe in that!”

Imagine how truly looney it would then seem if you heard the DOJ’s very own Imp of Darkness justifying the cruel and inhumane treatment of emigrating children by quoting a bible verse. Imagine how genuinely frightening it would be to hear former White House aide Omorosa Manigault Newman report that Vice President Pence thinks Jesus tells him to say things. For the almost one out of four Americans that do not believe in God, it is chilling.

The Founders were very clear about the need for separation of church and state:

In this, one of the most fatherly-feeling quotes from our Founders, James Madison and the other framers are looking out for us in the way that parents try to impart hard-learned wisdom upon their children. How many times have we wished our kids would listen to us?

There is a musical term, tacet. This tells the musician to do nothing – still pay attention to what’s going on, but do nothing. To make a sweeping and reckless generalization, atheists know how to tacet. It is simply easier to nod and smile and say nothing than it is to get into it. Sure, there are atheists at every turn that have no problem declaring their non-belief, but they didn’t get there without also learning how to deal with feelings of disenfranchisement, ostracization and condemnation.

It isn’t always easy to say, “I don’t believe in god” when those around you do and when the indoctrination you’ve received makes you feel many emotions – but primarily guilt – just for entertaining the idea. Even for the loud proclaimers, it is usually easier, quicker and less trouble to tacet.

The approximately 25% of Americans that make up this Tacet Underground form a much larger subset of the population than the 1% that are Muslim, the 2% that are Jewish, the 2% that are Mormon, the 4% that are either LGBT or Q, the 12% that are Black or the 19% that are Hispanics/Latino, yet these other groups are constantly protesting, demanding and making themselves the news while atheists are mostly content to tacet and pay attention.

In 1795 John Adams said, “The government of the United States is not, in any sense, founded on the Christian religion.”  Atheists take this seriously and are deeply offended when ignorant people like Donald Trump pretend that it is.

The Vice President’s proclamation that he is a Christian first, a conservative second and a Republican third is deeply offensive to the (at least) eighty-some million Americans that do not believe in his god and consider that statement alone to be grounds for him to be removed from office. On the other hand, even nonbelievers may sometimes hope that hell exists, comforted by visions of Jeff Sessions roasting marshmallows with Beelzebub.

As has happened over a long period of years with the LGBTQ community, ‘coming out’ as an atheist carries less of a social stigma with each passing day, although small town folk and conservative communities may still find a way to disparage anything out of the norm.

Time passes and the number of people that distinguish themselves as atheist will increase as the stigma lessens and the dark side of religion is continually revealed by people like Jeff Sessions, Dana Rohrabacher and Donald Trump who insist on evoking the Bible and Jesus for evil. 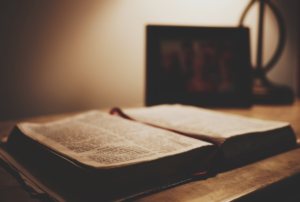 By 2020 the Tacet Underground could include not one in four citizens as it does now, but one in three. That would be over a hundred million Americans that don’t want to hear religious dribble or quotes from the bible, but instead want logical and well thought-through plans based on research, testing and evaluation.

At some point our politicians are going to have to grapple with the fact that one out of three Americans think the bible-thumpers and scripture-quoters and evil-doers are more than a little nutty and start giving us more than the incessant stale rhetoric about abortion, guns, gays and God.