*I recently read on a website a hiring manager who discarded the application of any applicant who had less than a 3.0 grade point average (GPA). This manager was quite proud of this fact. So let’s take a look at some of the critical qualifications of hiring and compare some of the good points and bad points. Included are some other characteristics that might on the surface demonstrate great qualities, but there might be some other considerations.

First, 4.0 GPA. GOOD: This person obviously has some brains, and is willing to work hard. They studied a lot and earned great grades. Applicants with 4.0 GPAs are probably very smart in terms of IQ. High IQ does not always mean a person who gets along with everyone.

I once spoke with a Harvard Law graduate who said that he didn’t finish very high in his class, but there were some people in his class that pursued perfect scores all the time and were very boring people who understood everything as long as it was in a book, and weren’t as successful as him when it came to the practice of law.

This reminds me of the question…

What do they call the person who graduated last in their class in medical school? 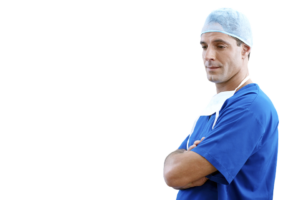 BAD: Some of the 4.0 graduates have zero people skills because all they did in college was study. They didn’t participate in any other activities, and more than likely do not possess many social skills.

Many of the 4.0 graduates are complete perfectionists, who see everyone who did not score as high as slackers or rather dumb. Some of the 4.0 people are very hard to work with, as anything that has their name on it (like a group project) has to be of the highest quality, and they will create considerable problems and slow down the process in order to ensure that everything, down to the last piece of punctuation, is perfect.

Calculations and formulas will come under their review, and lord help anyone whose figures don’t match up precisely with the 4.0 genius figures. By the way, as of 2016, Google does not hire based on GPAs. They found out that people with bad GPAs actually know a thing or two. You may have noticed, Google has had a success or two. The following narrative explores some other less-than-perfect characterisitics that might have a god side. 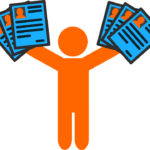 Job-hopper, BAD: This person has had too many jobs, and is not likely to stay once hired.

GOOD: This person might have come from a high-turnover industry, too many to name here, and if you’ve ever had many jobs you know what job sectors we are talking about. There are many reasons to quit jobs, advancement being one of the most important.

Many times firms that stress that they “promote from within” are offering nothing but balloon juice. These firms hire from outside because none of their employees are “qualified,” while they do not train any current employees for promotion to higher positions, and have no line of succession for promotion within the organization, so they are always hiring from outside, depleting morale and creating the feeling that there is nowhere to go in the organization.

Some jobs are classified as “3-D” jobs, meaning dirty, difficult and dangerous, which, as described, are probably not highly coveted jobs. One last reason for not keeping employees is compensation. Low compensation jobs also tend to be high-turnover jobs. One of the traditional high-turnover companies, after decades of high turnover, found that offering wage increases based on seniority for employees would mean that they would stay longer. Image that, paying people more money would actually keep people in the company. Who knew? Certainly not the people earning generous salaries with great perks making the managerial decisions.

Standardized test scores, GOOD: Standardized tests scores measure, usually, across a spectrum of skills, knowledge and abilities. There is a reason that colleges and professional schools have requirements of standardized tests, but always within a range of scores. You generally have to be able to do certain tasks or know certain information before you are accepted into academic or professional learning or training programs.

BAD: It has come to my attention of late that passing standardized tests are usually important to a hiring manager who also took that test and did well on it. There seems to be some vague resentment with hiring managers who could not pass the test that you might list on your resume as passing, or on that test scored exceptionally well. We have standardized tests as an indicator of knowledge or abilities, but I find managers who did not do well on them tend to discount them.

BAD: They might have been very good at politics to have stayed so long. This person might be quite adept at dodging difficult assignments and making sure that their name got on everything successful in the company, many times after all of the hard work was completed. This person might have forged friendships with the upper-echelon in order to gain the choice assignments with very visible accomplishments, thanks mostly because of who they knew, and not necessarily on their skills, knowledge or abilities.

By the way, for all of the “new school” job interviewers, we do not appreciate you staring at a laptop during our interview. You wouldn’t tolerate it from us, and we are not impressed with you when you do it. If you want to tell me you have $75k on CMG, then I might suggest you put in a stop limit with your broker and communicate with me for the thirty minutes or so that the interview takes.

We don’t live in a fair world. Black dogs and cats, while being possibly the greatest companion one might ever find, are the hardest to find homes for, because of their attractiveness, or lack of it. In Japan, a black cat is good luck. Cursory judgments are about all anyone has time for, in this age where so many things are done for us that we previously had to do by hand.

Allow a small amount of logic here. If all you hire are 4.0 GPA people, and one of them does not do a good job, then your reasoning has failed, because the premise did not play out as expected. The failure of one 4.0 GPA disproves the belief that all 4.0 GPAs are the best. 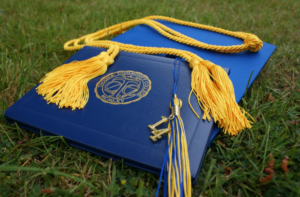 The other consideration is that if you never hired a person that didn’t have a 4.0 GPA, you have virtually no evidence to indicate that a person with a less than 4.0 GPA will not perform well, since you never tried one to see. If you hired some less than 4.0 GPAs and all of them failed, I would support your line of reasoning, but I would place money on a bet that not everyone hired was a 4.0 GPA. The same people who claim they do not have qualified applicants are the ones who will not hire anyone without some spectacular qualifications.

I was just reading about the valedictorian Josh Allmon of East Wake High School in North Carolina, who graduated with a 5.31 GPA. I’m not sure what a 5.31 GPA means, unless the student blew away the 0 to 4 point grade scale. There are other grade scales, so I am sure that is the case of Mr. Allmon. It was some time ago that I spoke to several college freshmen who had GPAs of 4.2 to 4.5 on a 0 to 4 point grade scale. I asked them how they could exceed the 4.0 boundary, and they said that they had taken “hard” courses so they deserved to have a grade even greater than perfect.

This is called grade inflation –
and it is rampant.

It is common for high schools to have several dozen valedictorians, or even more than that in our present day. I asked the greater-than-perfect college freshmen if they thought it was fair for them to have GPAs exceeding the accomplishments of former graduates, and they insisted that they studied hard and that they deserved the grades greater than 4.0. This assumption of deserving even more praise and recognition, by the way, for those of you who do not know, is called a “sense of entitlement” and we are institutionalizing it. Perfect just doesn’t describe our incredibly talented youth, so we’ll just describe them as better than perfect.

I could be wrong, but perhaps the hiring manager who was discarding applicants with less than 4.0 GPAs was one of the 4.0 + graduates as well. Maybe that was why a 4.0 GPA was the standard.

As I have said many times before, one of my best employees was a former bank robber who had served time. Google stopped looking for high GPA applicants because they realized there just might be someone out there who makes a good employee who might have done a few other things than just studied night and day in college.

By no means am I stating that 4.0 GPAs aren’t good employees; they just aren’t the only employees who can do a good job. The complaint that companies cannot find “qualified candidates” is an indicator to me that the people making that complaint are setting the bar too high, and are far too selective than what would be good for them. Expectations and reality are often quite far apart, and those complaining are often just expecting something that cannot be realized.