*When you look at job descriptions, many times there are phrases and descriptions of prejudice that, apparently, are not recognized as prejudiced. Diversity is more than ethnicity, race or gender, but I will leave it to you to determine what other factors should be considered. But don’t take my word for it; the U.S. Congress said so in 1967, when the Gen-Xers and Millennials were just a gleam in their parents’ eyes.

The Age Discrimination in Employment Act of 1967 said the following:

(a) The Congress hereby finds and declares that-

(1) in the face of rising productivity and affluence, older workers find themselves disadvantaged in their efforts to retain employment, and especially to regain employment when displaced from jobs;

(2) the setting of arbitrary age limits regardless of potential for job performance has become a common practice, and certain otherwise desirable practices may work to the disadvantage of older persons;

(3) the incidence of unemployment, especially long-term unemployment with resultant deterioration of skill, morale, and employer acceptability is, relative to the younger ages, high among older workers; their numbers are great and growing; and their employment problems grave;

(4) the existence in industries affecting commerce, of arbitrary discrimination in employment because of age, burdens commerce and the free flow of goods in commerce.

(b) It is therefore the purpose of this chapter to promote employment of older persons based on their ability rather than age; to prohibit arbitrary age discrimination in employment; to help employers and workers find ways of meeting problems arising from the impact of age on employment.

I especially appreciate section 3, where Congress declares “their employment problems grave;” in recognition of a serious problem, way back in 1967. Flash forward to present day, when billionaire founder and CEO of Facebook, Mark Zuckerberg, said:  “Young people are just smarter,” in a speech to Y Combinator. “I want to stress the importance of being young and technical…. Why are most chess masters under 30?… I don’t know…

Young people just have simpler lives. We may not own a car. We may not have family.” That statement is openly discriminatory, or so it would seem to anyone over the age of thirty. Further, “Facebook vice president of ads Rob Goldman defended his company by saying that its age-targeted marketing was the industry norm.” Thank you, Mr. Goldman; I’m sure that you are not old enough to recall when “industry norms” deliberately excluded certain, shall we say, “types” of people, and you sound like a teenager making the excuse that “everyone else does it.”

While I can see advertisements as targeted, in such a manner that advertising lawn-care products to people who have lawns might make sense, deliberately targeting open positions to a select group of people does not seem to comply with the law, at least as I understand it. Ever if your lawyers can persuade that your advertisements of open positions are legal, they do not seem the least bit ethical.

It says a lot when the website “Recruiting Intelligence” reveals: “So even though an applicant actually meets the written qualifications, they may be later rejected (without their knowledge) because after they applied, the hiring manager finally decided that they actually wanted a significantly different set of qualifications.” 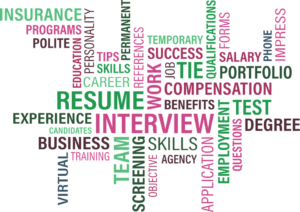 This does not say much about the competence of the person writing the job description, now does it?

I’ll wager that the decision to change the qualifications comes after the perfect person applies for the job, even though they don’t live up to the written expectations, so, why not just change the rules in the middle of the game?

To those who change the rules in the middle of the game, so that they may prevail and have their way, bear in mind that you will only be able to change the rules a few times before your credibility dissolves into the sea of mendacity.

Let’s look at a few phrases.

The folks writing these candidate qualifications are not impressing me in their skills or education, as I am sure that they are not impressed with my accredited degrees and professional certifications, because, after all, I’m not in my twenties filled with energy, social media savvy, and a recent college graduate, even though my last degree was only three years ago.

According to HR Magazine, (February, 2018) Brian Reid, (who was in his fifties) “an internet pioneer who helped develop Alta Vista, one of the first search engines” (actually, I can recall the search engine Alta Vista, from very early on the internet) was fired from Google in 2004 because he wasn’t a “cultural fit.” I love that one.

Reid claimed age discrimination, and the California Supreme Court agreed with him, just so you know. My favorite memory of a never-given response to a manager who emphasized fitting into the “culture” of the organization was “If stealing ideas, back-stabbing and nepotism are what it takes to fit in ‘culturally,’ I will never fit in this organization, nor would I want to.”

That highly-touted, often-quoted, super- scientific website “Mother Nature Network” on the internet is now reporting that