We live in a youth-oriented society, as evidenced by the media’s rare profile of older entrepreneurs; Mark Zuckerberg is far more interesting according to the media. Americans aged 35 or older enter the ranks of the entrepreneur far more frequently than the successful youth plastered across prime media outlets, despite the average age of the beginning entrepreneur hovering around the 39 year mark.

The trendy business incubators who attract the media’s stereotypical “entrepreneur” appear to miss the backbone of America’s entrepreneurship – the mid-career professional. The general inability to see the potential of the mid-career professional leaves companies with unrealized potential (translation lost innovation and profit) right in front of them.

While in college, one of my professors placed a notice on his door, directed at students who wanted to take his entrepreneurship course. The notice said that the entrepreneur course involved substantial work, and students who were not prepared to fully commit to this workload should consider alternative courses.

Apparently, many of the students thought that taking a course in entrepreneurship was a lot like the entrepreneurs that they read about or seen profiled in the media; how just a few years, or even less, their efforts would lead to a bidding war for their company, allowing them to sell out, profit handsomely, and become overnight billionaires.

I know three entrepreneurs, one who is filthy rich that I rarely see, because I don’t run in the circles of the filthy rich (sorry to disappoint you) and two who make a comfortable living doing something that they enjoy. The wealthiest of the three followed popular wisdom. began a computer business, and sold the company to a bigger corporation.

Like any job you acquire, nice work if you can get it. Remember, luck is where preparation meets opportunity. If you aren’t prepared, all the opportunity in the world will mean nothing.

In this article, we leave fantasyland behind and consider some cases and numbers that don’t fit the popular, jovial descriptions that are tossed about in the media. 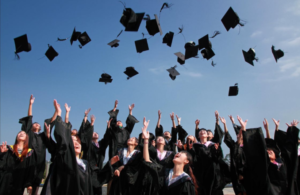 The truth isn’t limited to convenient explanations for the sake of a popular narrative or a feel-good story – that to the discerning reader outlines the limitations of the content.  So much for the explanation of backward reasoning, where what is not there reveals what is there in stark verisimilitude. (I always liked that word.)

The youthful, energetic twenty-four year old billionaire is the quintessential entrepreneur, idealized by the media, not often represented in reality.

Of course, the exhausted looking, shop-worn business owner who runs a business day to day with customers who embitter him by the hour is not what the media, or, more importantly, the colleges, want you to see. I say colleges here because they know where the bread is buttered.

The colleges want someone like Mark Zuckerberg to come along, and hopefully, generously donate to their alma mater. What’s a few million to a billionaire?

Facts from The Wall Street Journal:

It takes some time for people to recognize that their destiny is to start a company. Their inspiration usually comes not from a college program teaching them generic entrepreneurship skills, but from what they’ve gained through professional experience.  After all, whereas the education is theoretical, the on-the-job experience is practical.

A more strategic approach to encouraging entrepreneurship would recognize the demographic reality of who really starts businesses in the America. We shouldn’t be carried away by glamorous (and inevitably rare) tales of youthful success in Silicon Valley.”

Most managers just don’t see the entrepreneurship right under their noses. One reason is they think that only young people can start businesses.

More evidence that the popular wisdom isn’t wisdom at all.

Perhaps the colleges do not see midlife or mid-career entrepreneurs as potential students, especially when they already have captive audiences of enrolled young people. Unfortunately, the facts do not support the premise of young people as remaining in business after a few years, as noted in the previous paragraph.

The academic perspective, as in so many cases, is not reality. As an older student, I occasionally raised my hand and offered a dose of reality to some of the more idealistic notions taught in my college classes. I can’t say that they were always appreciated, but then, reality and college are different things, now aren’t they?

The professor mentioned at the beginning of this essay was right in at least one way, in that informing the students that entrepreneurship is no easy task; but doing what you love isn’t work.

Mid-career entrepreneurs have learned from hard lessons forged by years industry experience, including risk assumption and mitigation, trial and error, and sweat equity.  And while college can provide classes based on entrepreneurial theory, education alone cannot prepare the individual for the life of an entrepreneur.

We live in a youth-oriented society, as evidenced by the media, who rarely offer profiles of older entrepreneurs.  The evidence is there, but again, a mid-life entrepreneur is nowhere near as entertaining as a boisterous twenty-something Silicon Valley computer nerd.

More’s the pity that reality again escapes both the media and academia.

Education is valuable, but there are many things that can only be learned through experience and simply can’t be taught.  And while America’s universities churn out thousands of new young adults with entrepreneurial aspirations each year, and as the media profiles the very few success stories from this demographic, the mid-career professional is quietly building businesses and innovating America.

*When you look at job descriptions, many times there are phrases and descriptions of prejudice that,

*Who is the luckiest person you have ever met or known? Were
*The efficiency of government depends on human capital and that means hiring
*David Karp, the founder of Tumblr, didn’t invent Tumblr. According to Business
*As the French say: “Those that profit from crime are guilty of
*It has come to pass, that AI (Artificial Intelligence) and robotics (the
Go to Top