The ocean-killing nation of Iceland intends on resuming commercial whaling on June 10. Its self-appointed quota of as many as 200 endangered fins, the second largest whales next to blues, is both illegal and morally wrong.

In 1986, a world moratorium on commercial whaling took effect. Iceland, Norway and Japan refuse to abide by the United Nations Convention on the Law of the Sea.

Norway is currently the leading offender then followed by Japan and its whale-trading partner, Iceland.

The sheer brutality of chasing until over-heated and then lancing our brethren, the whales, with harpooned-tipped grenades is horrific.
It can take up to 45 minutes before these magnificent, sentient, intelligent masterpieces expire from excruciating pain. Incidentally, there isn’t an abattoir in any country, that legally condones this hideous long-lasting cruelty.

Humans have massacred more than five million whales in yesteryears. Whale populations have failed to rebound. Cetaceans (whales, dolphins and porpoises) now face unimaginable odds just to get through each day. Each year more than 308,000 cetaceans suffocate because 646,000 metric tons of fisheries nets are disdainfully discarded, annually, into the oceans. There are four million individual fishers, along with 44,000 floating slaughterhouses, that plunder the sea 24/7/365. They pilfer the whales’ food.

Thirteen million miles of longlines with a couple of billion hooks, which would wrap around the equator 522 times, ensnare them, tear their flesh, entangle their flukes, or tails, and, finally, drown them. Hundreds of thousands of crab pot lines entangle and painfully kill them, slowly.

An estimated 51 trillion pieces of subsidized, petroleum-based plastics choke them. Ship strikes from more than 100,000 cargo vessels on the sea at any one time, the size of almost four football fields, cause deadly internal hemorrhaging. Naval sonar exercises deafen them. A deaf whale is a dead whale. Today, sonic cannons scouring the sea-beds for more climate-damaging fossil fuels, regularly smash cetacean eardrums to smithereens, an agonizing death. And then there’s the ever-rising lethal man-made poisons insidiously contaminating them. On top of all this mayhem, man-made global warming now grows toxic algal blooms, which produce deadly nerve poisons that biomagnify up the food chain and kill whales.

Whales are vitally important as farmers of the sea. Filter-feeding whales like fins, blues and others carry vast quantities of iron and nitrogen from the deep sea where they feed, up to the surface and release it in their flocculent fecal plumes, or feces.

The oceans have absorbed 300 zettajoules of heat from burning fossil fuels. That heat has disrupted cold currents from rising and thereby carrying iron and nitrogen to fertilize the phytoplankton. Currently, the oceans are missing 40 percent of their phytoplankton, the basis of the entire marine food web. Phytoplankton along with blue green bacteria, prochlorococcus, gives us almost two out of every three breaths of oxygen. Whale excrement is essential because it’s helping regrow the missing phytoplankton.

Since the mid 1980s, burning fossil fuels have steadily robbed oxygen from our atmosphere in both hemispheres. Our planet is not only cooking to death, but also gasping from fossil fuel pollution as 95 percent of the human race now breathes putrid air. Moreover, a recent Mexico City study examined 203 autopsies and found that 99.5 percent of children and young adults exposed to city smog developed signs of Alzheimer’s disease.

Clearly, in order to survive to midcentury on our planet, we need all whales alive, performing their duties as oxygen farmers of the sea!

It turns out that Iceland’s only fin whaling company, Hvalur hf, depends entirely on exporting whale meat and other body parts to Japan. In 2016, Japan refused to accept Hvalur’s exports because of high levels of chemical pollutants, most notably PCBs, were detected in the whales. Hence, Hvalur suspended its whaling.

So why is fin whaling in Iceland recommencing? “We are to resume commercial whaling because the Japanese bureaucracy seems to have loosened-up and the Japanese authorities have listened to us,” Hvalur’s chief executive Kristjan Loftsson told Agence France-Presse.

Since each year humans add 250 billion metric tons of man-made poisons into the biosphere, the whales are becoming more, not less, toxic. That means contaminated Icelandic fin whale meat will be fed into the Japanese school lunch program and ground up into dog food because most Japanese adults do not consume whale meat.

Hvalur’s other justification for murdering endangered fin whales to extract iron and combat a burgeoning iron deficiency amongst humans is hokum. Whole food, plant-based diets are loaded with fiber, magnesium, and vitamins A, C, and E and rich in non-heme iron. Diets containing animal-based heme iron are known to induce metabolic syndrome and linked to heart disease. 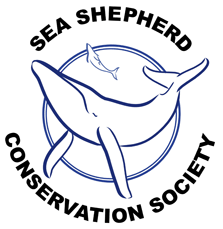 *There is a giant gulf today between those who promote and profit from fossil fuels, including

Dolphins and sea turtles are in dire jeopardy. Necropsies, or autopsies performed on animals, show that

*There is a giant gulf today between those who promote

Hundreds of thousands of visitors come from around the world