The economic failure of liberal capitalism from the American Revolution (1776) and the French Revolution (1789) to the Great Depression with the crack on the New York Stock Exchange (1929) led to the adoption of Keynesianism based on the ideas of the English economist, John Maynard Keynes, who unlike classical economic liberals, defended state action in the economy with the objective of achieving full employment.

Keynesian philosophy ceased to be effective by the 1970s, due to the decline in world economic growth after the so-called “glorious years” of the 1950’s and 60’s. There were two oil crises along with the debt crisis experienced by most  countries of the world that drove insolvency at international banks.

This situation made the conservative forces of the United Kingdom and the United States, under the leadership respectively of Margaret Thatcher and Ronald Reagan, carry forward neoliberalism whose economic doctrine advocated the return of liberalism now on the world stage – which meant absolute market freedom and a restriction on state intervention on the economy. Neoliberalism was adopted after the end of the Soviet Union and the Eastern European socialist system in 1989, respectively.

With neoliberalism, social inequality has reached alarming levels throughout the world.”

Thomas Piketty has shown in his Capital in the twenty-first century, that there has been continuous growth in wealth inequality since the 1970s, contrary to the trend of the previous 60 years. Even more pronounced and more socially relevant than rent inequality. From 1970 to 2010, the richest 1% dominant classes held half of the world’s wealth, while the poorest 50% had a mere 5% of the world wealth combined. The number of billionaires, according to Piketty, increased from 1,011 – wealth totally $3.6 trillion in 1970 increased to 1,826 with an aggregate value of some $7.05 trillion in 2010.

In his book The End of Progress – How modern economics has failed us, published by John Wiley & Sons in 2011, Graeme Maxton states that humanity is moving backwards. Humanity is destroying more than it is building. Each year, the world economy grows by approximately $1.5 trillion. But every year, humanity devastates the planet at a cost of $4.5 trillion.

Humanity is moving in the opposite direction, generating losses greater than the wealth it creates. Maxton states that mankind experienced rapid economic growth but also created an unstable world. According to Maxton, in many countries, for the first time in centuries, we are faced with declining life expectancy and the prospect of declining food production and water supply, as well as the exhaustion of the planet’s natural resources. 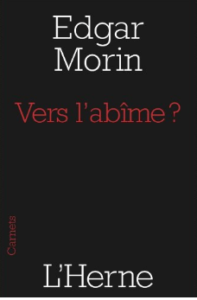 “Will humanity avoid this disaster or start again from disaster? Does the global crises that opens and expand lead to disaster or overcoming? ” Edgar Morin proves that the world crisis has worsened, and that dominant political thinking is incapable of formulating a policy of civilization and humanity. The world is at the beginning of chaos, and the only perspective is a metamorphosis, with the emergence of forces of transformation and regeneration.

The enormous development of science, technology, economics, capitalism, has unprecedentedly increased the invention, but also the capacity for destruction has increased invention, but also has the capacity for destruction. The reason inherited from the Enlightenment imposed the idea of ​​a fully intelligible Universe. Scientific and technical progress allowed human emancipation but collective death has also become possible. Technological, scientific, medical and social progress manifests itself in the form of destruction of the biosphere and culture.  It aids in the creation of new inequalities and easements. Morin defends the thesis that world society is not civilized, on the contrary, it is barbaric.

Morin states that we are facing the death of the Enlightenment and its promises.

All that is happening in the world conspires against everything that preached the Enlightenment from the 18th century, when a group of thinkers began to mobilize around the defense of ideas that guided the renewal of practices and institutions in force throughout Europe, raising questions philosophical beliefs about the condition and happiness of man. The Enlightenment movement systematically attacked everything that was considered contrary to the pursuit of happiness, justice and equality. What is happening today all over the planet is the antithesis of what the Enlightenment preached.

Like liberalism, neoliberal capitalism also failed economically with the outbreak of the 2008 global crisis, first in the United States with the mortgage lending sector, which immediately spread to other parts of world financial systems, with a speed and amplitude that surprised the market. The big western banks threw the world into a recession. The Asian Development Bank has estimated that financial assets worldwide may have fallen by more than $50 trillion – equivalent to annual global production. The financial system suffered losses on a scale no one ever predicted. The international financial system no longer works. The neoliberal model that ruled the world in the last 40 years has died.

Paul Mason, in his book Post Capitalism – A Guide to our future, shows that there are few who gain from neoliberal globalization, among which are the globalized financial systems that profit astronomically thanks to the absence of global economic and financial regulation.

Few peripheral countries such as China, India, South Korea and other Asian countries are able to attract foreign investment, thanks to cheap labor and favorable domestic legislation. On the other hand, they lose with neoliberal globalization. The United States, Japan, most European Union countries (except Germany) and most peripheral countries face problems of deindustrialisation, rising unemployment, economic stagnation and growing public indebtedness. 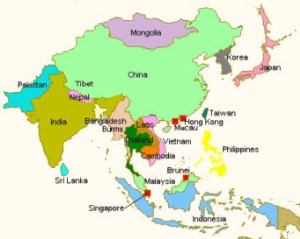 In order to overcome the economic and social problems generated by neoliberalism in the world, a democratic world government must be formed to order the global economic system to attenuate its crises and to make the globalized market function based on a global rule of law. 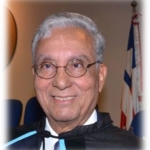