That highly-touted, often-quoted, super- scientific website “Mother Nature Network” on the internet is now reporting that the internet is dealing the death blow to sarcasm. To quote the website: “Of course, that statement could be dripping with sarcasm and you wouldn’t know it. Don’t worry, your sarcasm detector isn’t broken. It’s just that words on a screen — the prevailing mode of communication in the digital age — just can’t handle the fine nuances that sarcasm requires. As a result, sarcasm is dying. And if anything, the internet is dealing the death blow.”

I sure hope that America’s dear friend and ally, that poor self-sacrificing Vladimir Putin doesn’t hear of this. Of course, this report also coincides with and is an indicator of the end of the world, which will happen in just a few months.

At least they back up their claim with some scientific data: “In a study published by the American Psychological Association, researchers noted several “paralinguistic” cues — the gestures, intonation, emphasis, even the expression on the speaker’s face — were just as essential for conveying information as the words themselves.

But as the researchers pointed out, those cues are lost in digital translation. Even worse, people on the internet don’t always realize nobody is getting their sarcasm.” So all of those puns I use, taking phrases and titles and altering them just slightly, aren’t hitting their target, like my recent essay “Doors of Deception” a play on Aldous Huxley’s “Doors of Perception” aren’t hitting their mark. 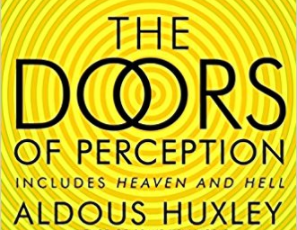 I have always liked sarcasm, but I have known for some time that it doesn’t always hit its mark. As literacy in general declines, (and not that I am super-literate by any means) using phrases or passages taken from famous books makes people think that I devised them.

I’m now thinking that my disparaging of certain individuals who have done everything they can to make my life miserable actually took my essays as compliments.

Now that I think of it, people who described me as smart and my writing interesting might not have been complimenting me at all. Man, this sarcasm thing is complicated.

I agree, delivery is everything, but then, maybe not. Referring to famous phrases and titles may indeed be lost in translation, or misunderstood in context. The article further states: “They suggest it’s an overconfidence “born of egocentrism, the inherent difficulty of detaching oneself from one’s own perspective when evaluating the perspective of someone else.” I realize that they’re complimenting me here, and I really don’t need the praise, thanks anyway.

I suppose the quotes and plays on the writings of Nietzsche, Rousseau, Descartes and other thinkers are being lost. So why have them, and more importantly, why read them when the puns miss their mark? Well, there’s some of that in the article as well.
I have known for some time that sarcasm is missed by young people, who have to develop from slapstick to sarcasm.

I suppose they thought that my praise of One Direction as being “a band for all eternity” was genuine. An important quote of the article: “As the brain develops, so too does its ability to move on from overt physical humor to the more sophisticated humor of sarcasm. Researchers have found that a healthy ability to give and receive sarcasm is a major factor in the brain’s ability to problem-solve and think creatively.” Ah, there we go, that critical thinking ability, to distinguish between genuine praise and the somewhat soft criticism of sarcasm. 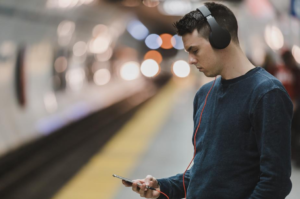 Maybe we’ve just not exposed these youngsters, and others as well, to enough sarcasm to help them understand the difference. Perhaps my praise of that history teacher was taken seriously when I told him, “yes, writing a twenty page paper on Greek pottery will certainly alter, in an excellent way, my view of humanity.”

One of the more frightening trends is the use of symbols, especially when viewed as a sign of hope: “Maybe society’s shift toward emoji-based communication will help fill in a few of those paralinguistic cues and let sarcasm thrive again.”

Or maybe some people (I’m not saying who here) might need to back down on the hundreds of instant messages about very little, and hours and hours of games on their phones, open a book and read something.

I realize just how cruel and unusual this is, but my sadistic nature has temporarily taken control of my brain. By reading how other writers have put together their thoughts, maybe those people missing the sarcastic tones might make some more connections. Or maybe people like me should just stop making these puns and references that most people don’t get, and embrace this emoji language that will certainly become icons of the English language in a very short while, and all that I have learned about writing will become, if it is not already, obsolete.

*When you look at job descriptions, many times there are phrases and descriptions of prejudice that,