*On Tuesday, February 4, 2020 The Senate of the United States announced the acquittal of President Donald J. Trump.  Only the third president in history to be impeached, and just as the other two, (William Clinton and Andrew Johnson) he was not removed by the Senate. Richard Nixon would have been removed, but he resigned before that could have happened.

First, it was the Russian Investigation that was going to provide all of the charges to get Trump impeached. Instead, it simply drew attention to a Justice department that was taking the side of the Democrats, and F.B.I. managers who were willing to disregard the law in the interests of Democrats. The law was being ignored and testimony was doctored, with evidence (or lack of evidence) that was tilted towards a $24 million investigation that yielded very little. END_OF_DOCUMENT_TOKEN_TO_BE_REPLACED

*Richard M. Nixon’s book The Real War has a list of rules for the presidency. Rule number six is: “Never let your adversary underestimate what you would do in response to a challenge. Never tell him in advance what you would not do.” 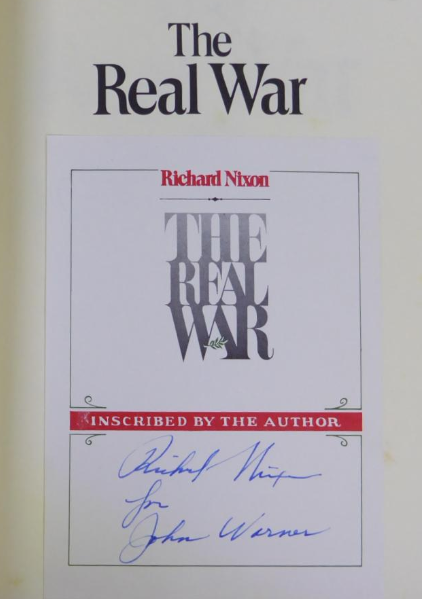 *In a June 13, 2019 article in the Financial Times (headquartered in London, England) journalist Edward Luce reported on Amy Chua’s “shrewd string-pulling” to get her daughter a position as a clerk for recently-appointed Supreme Court judge Brett Kavanaugh. To quote Mr. Luce: “This week Sophia Chua-Rubenfeld, Ms. Chua’s daughter, was hired as a Supreme Court clerk by Brett Kavanaugh — the judge for whom her mother vouched during his stormy Senate hearings last autumn. Ms. Chua is a shrewd string-puller. A Supreme Court clerkship sets up a young lawyer for life. Whether she is enjoying the publicity is another matter. Overnight the Chuas have turned into emblems of what Americans distrust about their meritocracy.”Was what Ms. Chua did a “quid quo pro?” And if so, how many quid quo pros are out there? The reality is that many myths and legends exceed their grandiose depictions. END_OF_DOCUMENT_TOKEN_TO_BE_REPLACED

Dispatcher: 911 what is your emergency?

Caller: I think we have a heart attack victim.

Dispatcher: OK please tell me the age and sex of the victim.

Dispatcher: You can’t tell me the age and sex of the victim?

Dispatcher: You don’t know the sex?

*One Lyman Stone, in The Atlantic of June 24, 2019, blames the Baby Boomers for many of the problems in America, in an article titled “The Boomers Ruined Everything.” According to Stone, the younger Americans (Gen X, Millennials) are having a hard time, economically and otherwise, because of the acts and behavior of the Baby Boomers. The Baby Boomers ruined everything about America? Hardly. Stone’s universal generalization is the first key flaw in his argument. But let’s take a look.

To start off with, Stone begins with this gem: “The average U.S. state constitution is more than 100 years old. We are in the third-longest period without a constitutional amendment in American history: The longest such period ended in the Civil War.” What about our treasured Constitution needs to be changed? He offers no suggestions, so allow me to suggest one. END_OF_DOCUMENT_TOKEN_TO_BE_REPLACED

*David Karp, the founder of Tumblr, didn’t invent Tumblr. According to Business Insider: “In March 2005, a 17-year-old German high school student named Chris Neukirchen invented this tumblelog system, specifically for super-short blogging.” Karp is in no way guilty of purloining the software, as demonstrated, again, by Business Insider: “It’s important to point out that Karp didn’t ‘steal’ Tumblr. His format was new and advanced the short-form blogging format in several ways.”

Lots of good ideas are started, and then someone takes the idea to a higher level. Andrew Carnegie didn’t invent steel, Henry Ford didn’t invent the automobile, but both became wealthy by capitalizing on an existing idea. Originally, the internet was a way for scientists to communicate with one another. Look where it has gone. END_OF_DOCUMENT_TOKEN_TO_BE_REPLACED

*Alexandria Ocasio-Cortez is offering a lot of people hope. Hope for a new beginning, hope for a new life, hope for peace and prosperity. The U.S. government is supposed to wave its magic wand and grant all of those things to people from other nations who are innocent and only want the aforementioned. The pursuit of these goals is being vociferously advocated by citizens calling themselves “global citizens” a group of Americans who do not understand citizenship.

Did I mention that they themselves are hoping for a great deal number of people who will vote for them?

END_OF_DOCUMENT_TOKEN_TO_BE_REPLACED

*The crime rate in the U.S. has been going down since 1993. There are several explanations for the decline in crime, some of my favorites being that cell phones and the internet have lowered the crime rate. The folks that suggest that crime is going down have their favorite theories, and tend to insist that crime has gone down because of whatever cause for which they are currently stumping. I would like to consider a few reasons other than cell phones and the internet.

In a more expansive viewpoint, I would suggest that there are several factors that have caused the crime rate of the U.S. to decline. Of course, Chicago and several other cities have yet to witness any decline in crime, so obviously the decline has not touched those places; nonetheless, crime in the U.S. has declined since 1994. Every announcement of the continuing crime wave sweeping over Chicago is met with deep disdain and helplessness, as the futile efforts of the authorities seem unable to lessen the out-of-control violent crime, even for a county with some very strict firearm regulations. END_OF_DOCUMENT_TOKEN_TO_BE_REPLACED

*The media of today (2019) are so incredibly inaccurate and uneducated that it is difficult to understand how they were hired as reporters or commentators. Zack Ford, on the website Thinkprogress thinks he can correct the president on the use of a political term that he doesn’t think is appropriately used. Mr. Ford, and many of his co-conspirators in the media, think that Mr. Trump is incorrect when he uses the term “coup d’etat” for the Mueller investigation. As one member of the media stated on one of the Sunday discussions, they insisted that President Trump was in error because “coup d’etat” means military overthrow of the government. END_OF_DOCUMENT_TOKEN_TO_BE_REPLACED

*China is an interesting state, and becoming a bigger player on the world stage as time passes. Having lost wars to major powers in the more recent century, China is deliberately moving on the world stage and is determined to exercise its power in the twenty-first century. In terms of assets, China is creating man-made islands in the South China Sea, in order to enlarge its global footprint, claiming manmade islands as part of their sovereign nation and attempting to curtail traffic in the open seas. END_OF_DOCUMENT_TOKEN_TO_BE_REPLACED