*The terrorist actions of 9/11/2001 are chronic and ever-present. We share a common duty to honor and remember those suffering through unimaginable death. Deeply distressing is that the hallowed annual readings throughout cities in America of victims have missing names and the count of souls has not come to an end.

This year’s Police Memorial Ceremony at the nation’s capital in May, chilled attendants from the announcement of the 2017 deceased local, state and federal officers fallen ill from toxic exposure at Ground Zero while saving lives, retrieving bodies, and securing evidence or vestiges; evidence our environment relates to our health.

Much like Hurricane Maria’s first reported 64 deaths in Puerto Rico to the number of 2,975, twenty-three New York City Police officers died at the World Trade Center on September 11, but in the last 17 years, 156 have perished from noxious illnesses. From the 343 firefighters that died on 9/11, there have been 182 more deaths reported. The FBI registers 15 additional FBI Agents that have died related to 9/11. The count at the Pentagon needs adjustment.

Rosa Maria (Rosemary) Chapa at age 64 had talked to her husband JJ about retirement yet like any other Tuesday, went to work at the Pentagon. Her office had recently moved to the renovated west side of the first floor, Office of the Comptroller for the Defense Intelligence Agency. Osama Bin Laden’s Al Qaeda took her highly spirited, giving and determined life with 183 other souls, 59 were aboard American Airlines flight 77.

She left behind her husband, five children and her dog Lucky.

Jose Javier Chapa, known as JJ, was not at their home in Springfield, VA. He was at their San Antonio home where he had a makeshift recording studio. JJ loved to sing to Rosemary, and the music made her smile. Their wedding anniversary was coming up in November and JJ was recording a cassette tape for Rosemary. The songs were personal melodies she liked.

I was at the US Embassy in Santo Domingo waiting to meet with the Ambassador. A police officer called a DEA Agent advising him to turn on the television. One of NY’s Twin Towers was on fire after an airplane crash. A second plane flew into the second tower.

We had no meeting, and I did not get back to the US until Christmas.

There were over 150 relief agencies collecting money for the victims; some committed, some not. Wanting our donation to go directly to the family of victims, I called JJ to tell him I wanted to donate to his family in response to the tragedy. He said no. I pleaded with him to take it, use it for any family member or personal donation. He refused, but after conversations and lunches, I learned his young son John had a debt where I was able to help.

JJ was talented, responsible, and resolute. He loved to sing, and no one could take him away from the golf channel. Strong-willed and able-bodied, Rosemary’s death shattered his plans of walking hand in hand into retirement. No longer would family leadership be shared as a team.

His dreams dissolved, his control ceased, his vigilance vanished.”

Unable to hold Rosemary close to him, he lost control to embrace the family. Because of the wording and intent of Rosemary’s will, the Victim’s Compensation Fund created confusion within the family and JJ became emotionally distraught. He drank heavily to deal with agony hard to swallow.

Incapable of being on his own, his children placed him in elder care in Alexandria, VA. Seeing him go downhill was depressing. While the staff did their “touch and goes,” the intimacy he yearned for would never return. He was moved to a facility to be near a caring daughter. Only Rosemary could revive his spirit, his laughter, and his soul.

JJ passed away with a broken soul. 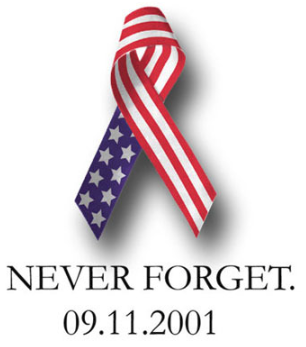 Rosemary and JJ raised their children well. Much time after JJ died, John called saying he needed to borrow money. John lived about 60 miles away, so there was never an expected repayment. One day he showed up and paid me in full. When I moved back to Virginia, I called him to take him to lunch for his birthday. He too had passed.

Much like the first responders in New York, the Pentagon, and Somerset County, Pennsylvania, there are devotees to service that respond in the hour of our most significant needs. The silence of the unnamed will vibrate in the hearts of loved ones and the strength of God. From stem to stern, our hearts reach out with sympathy and compassion to those in troubled waters.

Sam Martinez is a retired FBI special agent
and author of
Systemic Evil, Mat Perez vs the FBI