*We can all agree that House Speaker Pelosi and President Trump have important jobs and face a variety of pressures. Politics, legislative agendas, and federal agency oversight, are all subjects of intense disagreement during this new era of divided government. In spite of these, both the speaker and the president, have a duty to the American people.

Veterans can and should be a focal point of inspiration, which allow for an easing of tensions in these spaces. These are the men and women who have served our country should be a lasting example of why domestic political gridlock should not stall or delay entrepreneurial  pursuits, which serve to better our veterans’ quality of life. 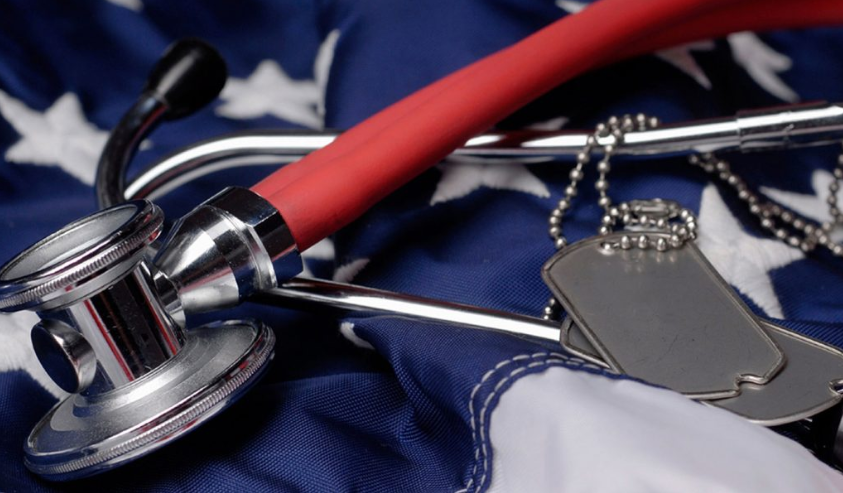 END_OF_DOCUMENT_TOKEN_TO_BE_REPLACED

**The following is political satire*
Today the Congress of the United States of America officially passed into law the Twenty-eighth or ‘Hero’ Amendment:

The forty-fifth President is hereby designated the true American Hero and true Father of our Country.  No law shall restrict his actions, deeds or service.  All textbooks shall be updated to reflect his stature.  In order to learn, emulate and preserve the Hero’s beliefs, manners and mannerisms, all children aged 4 to 19 shall be required to be an active member in in the Trump Youth, henceforth overseen by the Department of ReEducation.

END_OF_DOCUMENT_TOKEN_TO_BE_REPLACED

*For more than a month, higher temperatures, longer lasting heatwaves and prolonged droughts have smothered much of the Australian continent. The Man-made climate crisis is smashing into the Man-driven Sixth Mass Extinction. Hideous biological annihilation.

Since 1850 and the inception of continuous record keeping, the hottest four years ever recorded were the previous four years. 2019 is predicted to be warmer than 2018. Russia’s oil and gas sales to China are booming. U.S. fracking in west Texas and Alaska are roaring ahead. Australia, too, continues togreenlight new coalmines. The business of planet killing has never been more subsidized nor lucrative for the biggest, wealthiest polluters.

In the meantime, our brethren, the animals, are disappearing 10,000 times faster than the previous five other mass extinctions. Accelerating fossil fuel emissions is cooking the planet alive. END_OF_DOCUMENT_TOKEN_TO_BE_REPLACED

*For all of those people who insist on probing, forevermore, whether Donald Trump colluded with the dreaded Russians, the only real question is how hard it is for them to keep a straight face.  These are the same people, after all, who outright ignored the fact that President George Walker Bush deported 50 Russian spies within a month of taking office, meaning that our nation’s capital was crawling with Russians who were gathering information on our leaders during the Clinton era.  Spies, spies, all over the damn place, so readily recognizable that 50 of them could be pinpointed and run out of town on a rail in one short month, and yet not one of those who’re aggressively screaming about Donald Trump and Russian collusion said one lousy word about any of it. 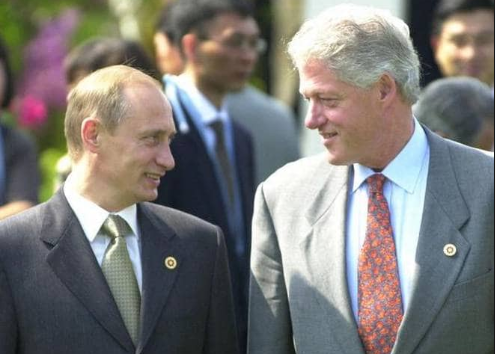 Evidently, Russian spies are not a problem for them, only Russians that may have sat, could have sat, must have sat with someone, somewhere, from the Trump campaign, and the Clinton’s are great patriots who colluded not, ever, no, no, no.

END_OF_DOCUMENT_TOKEN_TO_BE_REPLACED

*After some consideration, the American Psychological Association has determined that being masculine is “psychologically harmful.” None to my surprise, the APA has determined that there is more than one gender, and that you are not necessarily the gender of your biological sex at birth.  The APA has concluded: “socialization for conforming to traditional masculinity ideology has been shown to limit males’ psychological development, constrain their behavior, result in gender role strain and gender role conflict, … and negatively influence mental health and physical health.”

This is good to know, and in the next paragraphs of this article I will explain what this behavior has engendered. The study indicates the source of many problems, excuse me, “male” problems that have burdened society for far too long. 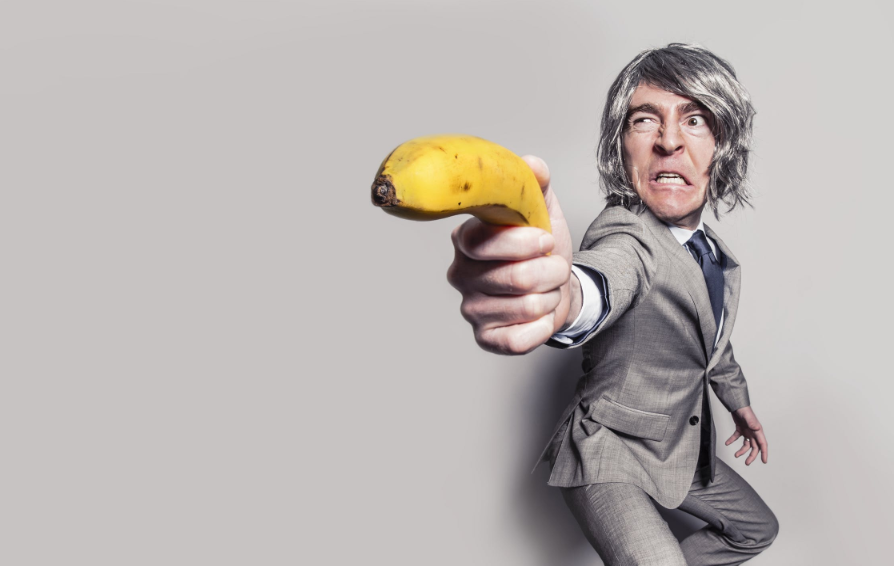 END_OF_DOCUMENT_TOKEN_TO_BE_REPLACED

On Monday, the National Offshore Petroleum Safety & Environmental Management Authority (NOPSEMA) gave the green light for an oil and gas contractor to sonically bombard the seabed for petroleum reserves across almost 12,000 square miles of the Great Australian Bight.

END_OF_DOCUMENT_TOKEN_TO_BE_REPLACED

*That today’s Democratic Party has the political gall to viciously fight over a few billion dollars that’re earmarked for strengthening and securing US borders, after having given rubber stamp approval to hand over tens and tens of billions of USD to the world’s number one state sponsor of murderous, destructive, terrorist acts, is ghastly.

It should deeply upset and alarm any sensible person of any political belief set that Iran, Iran, was held on high under Obama, with aid given to them, terrorists and oppressors hellbent on bloodshed, as the US House of Congress sat complicit with and ignorant of the wrongfulness, implications and consequences of such aid to such people (the “Iran Deal” was very obviously a treacherous, and potentially traitorous, sham).

It should also grieve any sensible person that leading Democrats wish only to play out-and-out, highly disruptive politics on the all important issue of the safety of the American citizenry.  Hell, if just one American woman is brutally raped by someone who illegally entered our country then it’s a public safety issue.  Evidently, the Democrats just don’t care, as they hide behind the frivolous notion that tightening border security is somehow not in alignment with American values.  They are all full of spit (please switch out the p for an h if desired). END_OF_DOCUMENT_TOKEN_TO_BE_REPLACED

*Oceans occupy more than 95 percent of all living space on Earth. Oceans drive Earth’s climate. Oceans have absorbed more than 90 percent of all fossil fuel combustion heat. The oceanic heat is now equivalent to detonating three Hiroshima-style bombs every second for 75 straight years. That heat is wreaking death upon all life on Earth.

Houston, we have a problem. END_OF_DOCUMENT_TOKEN_TO_BE_REPLACED

*A new technology that will change the world has emerged, called CRISPR, an acronym for Clustered Regularly Interspaced Short Palindromic Repeat. While the mechanics of this technology are an essay all by itself, suffice to say that it is a technique that alters genes, the formula for life in DNA. Discovered by a food company that was studying a bacterium called Streptococcus thermophiles, it turns out that CRISPR has the ability to alter the genetic makeup of whatever DNA where ever it is applied. Even if CRISPR turns out unable to genetically alter human beings, it is one step closer to our ability to do so.

The backlash against GMOs (Genetically Modified Organisms) still rages, while disease-resistant plants that could keep populations healthy are ignored. Golden rice, which would prevent blindness in children in Third World countries, was shunned for quite some time, all due to unjustified fear of GMOs. (I wrote a very sad research paper on that topic.) CRISPR is (from my admittedly shallow understanding) another method of altering DNA to resist diseases, among other things. The question before us is whether we should use CRISPR to alter our genetic makeup, and, more importantly, to alter the DNA of our offspring to make them healthier.

If the genetic investigation indicates that your child will be autistic, and you had the ability to stop it, would you do it?”

END_OF_DOCUMENT_TOKEN_TO_BE_REPLACED

*On December 30, 2018, the third imprisoned Atlantic bottlenose dolphin died in just over one year since Dolphinaris Arizona filled its tanks.

Now there are just five remaining inmates housed at this wretched facility located near Scottsdale. 400 miles from the Pacific Ocean in the middle of the Sonoran Desert, these masterpiece bottlenose dolphins are forced to swim in bathtubs, performing asinine tricks until they perish. It’s cruel and inhumane.

What horrible crimes did these exquisite mammals commit to merit such a heinous lifetime of punishment? END_OF_DOCUMENT_TOKEN_TO_BE_REPLACED