*Jennifer Mnookin, Dean of UCLA’s School of Law recently released a research paper on “The Uncertain Future of Forensic Science.” To begin with, the “science” of forensics always had a goal, and that was to “scientifically” prove that discovered evidence supported the conclusion that a person was guilty of a crime. The intention was to convict citizens who had committed crimes, an altogether honorable mission.

END_OF_DOCUMENT_TOKEN_TO_BE_REPLACED

*Japan has given its six months’ notice to leave the International Whaling Commission (IWC) and resume barbaric and inhumane commercial whaling.

Since 1987, Japan has hidden behind a thin veil of “lethal scientific whale research.” Not only has Japan produced no meaningful scientific discoveries in 31 years, but also, they have been selling whale body parts in the commercial marketplace.

By renouncing research and declaring commercial whaling as their primary objective, Japan now joins Norway and Iceland in their open defiance of international conservation law. All three countries are pirate whaling nations. END_OF_DOCUMENT_TOKEN_TO_BE_REPLACED

END_OF_DOCUMENT_TOKEN_TO_BE_REPLACED

*In the midst of a horrid Man made accelerating Sixth Mass Extinction, the direct action conservation movement, Sea Shepherd, is leading the charge to save the most critically endangered marine mammal on the globe – a porpoise call the vaquita.

This gorgeous 4-foot, 100-pound member of the cetacean clan (whales, dolphins, porpoises) is teetering on extinction.

These secretive marine mammals reside in the upper Sea of Cortez near the mouth of the mighty Colorado River.

The vaquitas have been sideswiped by Man at every possible turn. For more than a century, Man made long lasting toxicity has poured into this United Nations Educational, Scientific and Cultural Organization (UNESCO) World Heritage marine wonder. All life therein contains horrid poisons.

END_OF_DOCUMENT_TOKEN_TO_BE_REPLACED

*How to succeed in business in the twenty-first century: Outsource as much as you can, to the point that the CEO makes over four-thousand times what the poor schlub doing the grunt work is paid. Ask the government for bailouts, and then make sure you have an excuse for not paying back all that you were loaned, by compensating the government with stock you know will never be worth the amount you borrowed. Concentrate your efforts to specific models or types of products as the future, even when you’ve suffered huge losses by betting on that model’s marketability, and your firm’s limited ability to make new models profitable (let alone work) before. Put all of your bets on unproven models, unproven technology and areas where your firm has limited experience and expertise, especially when your firm’s past experience with innovation is sketchy at best, and when your business has a track record of abandoning innovative thinkers. The American car culture is passing on. Read on to see why.

*What happens when the world’s leaders fail to act as empathetic reasonable adults? The children of the Earth are rising to the occasion as sentinels for Nature and their future.

In August, a 15-year-old Swede named Greta Thunberg began a solo climate protest by striking from school. That strike, Strike 4 Climate, has gone global. More than 20,000 students from 272 towns and cities in Australia, Belgium, Japan, the U.K. and the U.S. have walked out of class. END_OF_DOCUMENT_TOKEN_TO_BE_REPLACED

It’s the first oil and gas exploration in the U.S. Atlantic in 30 years.  The approval, which requires a final consent from the Interior Department’s Bureau of Ocean Energy Management, has hideous consequences for millions of sea creatures.

END_OF_DOCUMENT_TOKEN_TO_BE_REPLACED 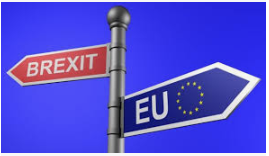 END_OF_DOCUMENT_TOKEN_TO_BE_REPLACED

*As economies have moved forward, more and more complex arrangements, instruments, and machines have come into existence. For example, the reason we can make music earbuds so small now is because of rare earth magnets, made of praseodymium, which is mined in the U.S., China, Russia, Australia, and India. Many of the resources needed to produce the inventions of our modern society are linked around the world. As I have stated on numerous occasions, we have been in a global economy since the East India Company of 1600.

There have been several game-changers in economics, mostly two Industrial Revolutions, the revolution of the late 19th century when machines became essential to make other machines, and the more recent tech boom. Let’s review some of the industries that tech has affected.