*The seizure of assets, or asset forfeiture, by government agencies (FBI and local police agencies, among others) without proper legal proceedings, has become intolerable. In case after case, government officials confiscate cash that citizens are carrying, and it is up to the citizens to fight to get it back. Essentially, if any police or law enforcement agency finds that you have a lot of cash, they seize the money, under the assumption that it was obtained illegally, whether or not they even charge you with a crime. 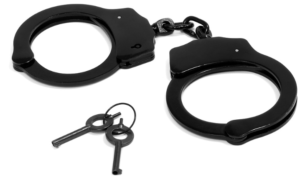 This behavior of confiscating assets is nothing more than theft, abuse of power, and denial of the rights of citizens. Only an out-of-control police state would do such a thing. END_OF_DOCUMENT_TOKEN_TO_BE_REPLACED

*Some years ago, there was a comedy show that had as a part of its weekly bits, the “Flying fickle Finger of Fate” award, which went to people in the news who accomplished “dubious achievements.” From The Wall Street Journal, Friday July 27, 2018: “Facebook shares fell 19% to $176.26, erasing about $119.1 billion in market value, after the Menlo Park Calif., company warned late Wednesday about slowing growth. Facebook’s loss in market value Thursday is larger than 457 of the 500 companies in the S&P 500. Facebook Chief Executive Mark Zuckerberg alone lost almost $16 billion in the value of his stock holdings.”

But Mark Zuckerberg is a genius.

Perhaps Zuckerberg will have to skip the Wadyu steak Friday night, and just have the regular filet mignon. END_OF_DOCUMENT_TOKEN_TO_BE_REPLACED

*Unrelenting heatwaves and hellfires are raging around the globe. August has commenced where July’s fury ended, more furnace-like heat.

It’s not just that a North African high is pumping scalding bone-dry air and mega tons of dust over the Iberian Peninsula. It’s also that the fire risk is extreme. 20 percent of Portugal is tinderbox dry.  11,000 intrepid firefighters and 56 water-bombing aircrafts are on emergency standby to combat forest fires.

END_OF_DOCUMENT_TOKEN_TO_BE_REPLACED

Watching those 49er teams matriculate the ball down the field was like watching an infantry unit doing drills; methodical, sharp, quick and precise, yet fluid and graceful.  The dynasty of the 80s provided entertainment the likes of which we can never see again.  Once the NFL implemented a salary cap the owner kept on spending on star players, ‘mortgaging the future’ to win today by delaying, deferring and derailing payments.  When the wall tumbled, it fell into rubble as the 9ers of the new century are only now appearing to be in recovery mode.

Mortgaging America’s future is what Betsy DeVos and her geniuses at the Department of Education are doing currently.

As one of the mindless trumpions currently running the show she is once again seeking to cut several discretionary programs, including federal funding for the Special Olympics and a grant program for college students with “exceptional financial need.” END_OF_DOCUMENT_TOKEN_TO_BE_REPLACED